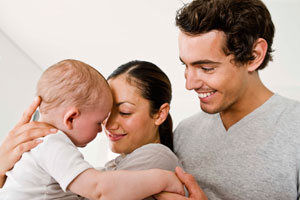 Dietary changes could decrease crying in infants with colic, according to a recent literature review. The study confirmed that switching to a hydrolysed protein or soy-based formula and modifying mothers’ diets reduced symptoms of colic in infants. Colic is responsible for an estimated 10-20% early pediatric doctor visits and the condition can be the source of significant stress and exhaustion for parents.

The exact causes of colic are still unknown. While recent research suggests that it could be related to infant headache, previous research suggests colic is related to the immaturity of the infant gut. Dietary changes are a common treatment for infant colic because they offer a simple, drug-free therapy, the authors of the review observed.

In their review, researchers examined 55 studies evaluating the effects of diet modification on colic. In a 2009 study, infants fed partially hydrolysed or soy-based formula had a significant reduction in crying that lasted at least 14 days. For breastfed babies in another study, mothers following hypoallergenic diets for seven days (no tree nuts, peanuts, soy, wheat or fish) reported their babies had a 37% reduction in crying.  Researchers pointed out that this strict diet may be difficult to follow for extensive periods of time, and hard for low-income families to implement. Still, they suggested that mothers may be able to reduce infant crying by limiting their intake of “allergy-associated” foods.

Before making any significant dietary changes though, researchers wrote that “expert nutritional guidance should be sought as very restricted maternal diets have the potential to be nutritionally inadequate.”

A chiropractor trained in nutrition could advise you in using nutrition and other natural therapies for reducing infant colic.